Get fresh music recommendations delivered to your inbox every Friday.
We've updated our Terms of Use. You can review the changes here.

The Art Of Losing 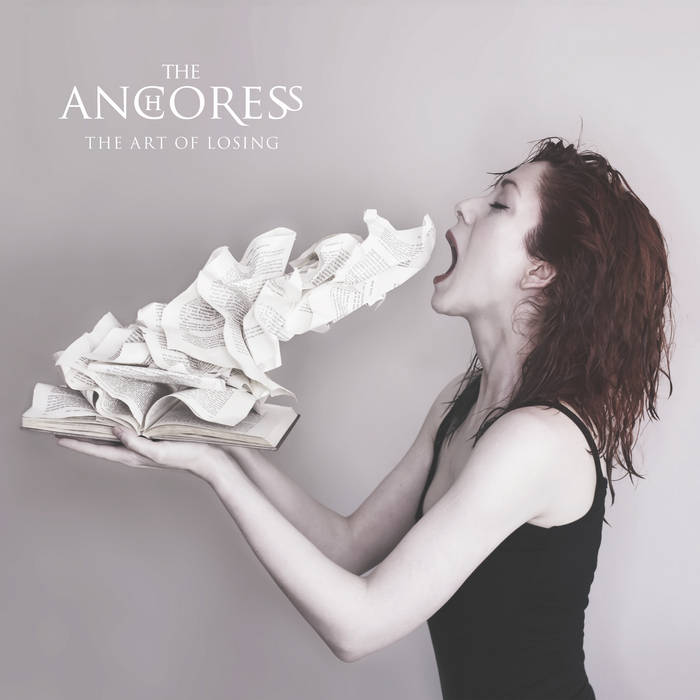 si beex I love this album because it’s unapologetically in your face - like the real world.
I guess reality bites harder when you’re on your own in your head.
I fucking hate Christmas!
First one without my Mum - not Covid but I couldn’t recognise her voice. Guilt doesn’t come close.
Thanks for being real however much it hurts - very Hemingway says he who doesn’t read anymore. Favorite track: All Farewells Should Be Sudden.

Kytic Absolutely love this song. It has such a nice vibe to it. Favorite track: Unravel.

‘The Art of Losing’ single has garnered great attention including Sunday Times "Hottest Track" and a video feature on Sunday Brunch.
Interviews for the album include features with the Independent, Quietus, Prog, Yorkshire Evening Post, Scottish Herald, The Sun, Line of Best Fit, Record Collector, Clash, and many more.

The Art of Losing is the second album from Welsh multi-instrumentalist The Anchoress (aka Catherine Anne Davies), following up on her critically acclaimed debut album, Confessions of A Romance Novelist, which was named amongst the Guardian critics’ Albums of the Year, won HMV’s Welsh Album of the Year, Best Newcomer at the PROG awards, and a nomination for the Welsh Music Prize.

Written and produced by Davies, The Art Of Losing ambitiously navigates the topic of loss in all its forms and was written and recorded during an unfeasibly busy few years as Davies found solace and purpose in a range of projects whilst navigating her griefs. Most recently this came via the release of her collaborative album In Memory of My Feelings with Bernard Butler (on Pete Paphides’ label Needle Mythology), duetting with the Manic Street Preachers on Resistance Is Futile, and being personally invited by The Cure’s Robert Smith to perform at his Meltdown Festival. She also brought a new generation of ears to legendary Scottish rock band Simple Minds, where she spent much of the last five years appearing on the Big Music (2015) and Walk Between Worlds (2018).

Confirmed review coverage includes a lead review in Mojo, album of the month in Prog, reviews in Sunday Times, Record Collector, Classic Pop, Uncut, Under the Radar and Clash Magazine.

REVIEWS FOR THE ART OF LOSING:

"A devastatingly powerful voice ☆☆☆☆" MOJO
"Hounds Of Love, updated for the 21st century." PROG
"Davies is making music like nobody else at the moment." NME
"One of the year’s most affecting records... a collection of songs that sets a high bar for intense, soul-tearing pop music. 9/10." THE LINE OF BEST FIT
"Addresses the peaks and troughs of love, commitment and betrayal...Fascinating." SUNDAY TIMES
"A rich and complex debut...a blackly witty breakup album...Compelling." THE OBSERVER
"Like Karen Carpenter singing John Grant." UNCUT
"A flawless and sophisticated hyper-literate pop record." GQ
"A record which could sneak big ideas past the listeners of daytime radio." Q
"...rich and satisfyingly poptastic." THE QUIETUS

Created in May 2008 to provide a home for the growing post-progressive genre and an evolving, flexible and adventurous style of music without boundaries.

Bandcamp Daily  your guide to the world of Bandcamp

Quelle Chris joins the show to discuss his most recent release, "DEATHFAME"